House of Resources Berlin is a project run by the Akademie für Ehrenamtlichkeit Deutschland (fjs e.V.) in cooperation with Interkular gGmbH. During the second phase from 2019 to 2022, the project will be implemented together with agitPolska e.V., Inssan e.V. and the Verband Deutsch-Syrischer Hilfsvereine e.V. The project is funded by the Federal Ministry of the Interior, Building and Community.

Throughout Germany there are 20 other Houses of Resources that offer similar services. A map with all the locations and contact details is available here.

The Akademie für Ehrenamtlichkeit Deutschland has been active in the qualification and professional development of non-profit organisations for over 20 years. As a nationwide centre of expertise, the academy offers training and consulting services to help non-profit organisations develop and improve their internal structures and volunteer programmes. The academy develops and implements projects that support these goals. Through its work, the academy advocates for good framework conditions for volunteers and constructive cooperation between volunteers and permanent staff. The academy is part of the Förderverein für Jugend und Sozialarbeit e.V. (fjs) in Berlin and has been responsible for House of Resources Berlin since 2016.

Interkular gGmbH sees itself as a holistic integration company that assists people with various aspects of their lives as they settle into German society. These aspects include housing, localised networking, labour market integration and planning for the future. In cooperation with the Chamber of Crafts and Trades, Interkular provides socio-educational support in the form of vocational training measures for immigrants and is a recognised youth welfare services provider in the area of assisted living for young people, predominantly for young unaccompanied refugees. In addition, Interkular trains former refugees to become Perspective Coaches / cultural and language mediators who can provide advice and support.

agitPolska e.V.  was founded in Bremen in 2005 to showcase Polish culture in Germany and German culture in Poland. After the association moved to Berlin in 2010, it began focusing on the issue of political participation. Since 2010, agitPolska e.V. has implemented a variety of projects related to the job market, women and young people. The association works with numerous civic groups and institutional partners throughout Germany. agitPolska e.V. can be found wherever there is creative energy and a desire to cooperate and initiate modern, intercultural, socio-political projects. agitPolska e.V. presents issues, facilitates discussions, stimulates action and connects people!

Inssan e.V.  is a Muslim association that stands for equality and the peaceful coexistence of marginalised groups and mainstream society. As a social institution, Inssan e.V. has campaigned for the empowerment and participation of Muslims as equal citizens in Germany. Inssan e.V. sees itself as a Muslim centre of excellence and service provider for and by Germany’s diverse Muslim community. Through qualifications, sensitisation and networking, Inssan e.V. strengthens the social and political participation of Muslims and people who are perceived by society as Muslims.

The Verband Deutsch-Syrischer Hilfsvereine e.V. (VDSH) is an umbrella organisation founded in 2013 by several German-Syrian associations. The VDSH advocates for the interests of people of Syrian origin living in Germany and their participation in society, as well as for diversity, tolerance, social cohesion, political participation and an end to discrimination. The VDSH is politically independent and views itself as part of a broad secular and democratic movement that is open to all people – regardless of their gender, ethnicity or religion. The organisation’s core competency is the empowerment of its member associations through capacity building and knowledge transfer, so that together they can have a greater impact.

Do you have any questions?

We would be delighted to hear from you! 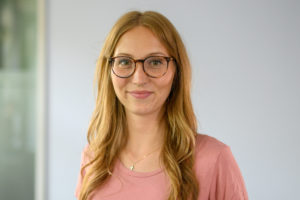